Introduce yourself and tell us a bit about why you volunteered

Hi, my name is Mark Tomkins and fiancée to Paula (Transport Manager for NHFT).

We were to be married on the 17 April this year, but due to these very strange times that we are all now having to adapt to, we had to change our wedding plan until next year. We hope by then things will have improved.

Having recently being laid off work due to Covid-19, and although there were plenty of jobs I could do at home, I felt that is was only fair that I should help and assist Paula and her team in whatever way I could,  if at all.

Tell us more about what you are up to around NHFT

Paula was delegated to help out with the donation pop up shops in various locations within the Trust to help distribute all the kind donations from suppliers including Nestle, Tyrells Crisps, TUI Airline to name but a few. Originally teamNHFT staff, Blaine from Estates and Mark from Willow Close, were initially volunteered to help run these as well,  as they were redployed within the Trust due to the pandemic. However as the donations kept rolling in there was a greater need to get more done and distributed.

Paula was then asked to see if there was a way in which we could spread these kind donations further as there was so much being delivered that both boardrooms at Sudborough House were now being used a storerooms. We wanted to ensure that community staff such as district nurses as well  remote locations like the prisions (secure services) and other sites where staff simply could not get to these pop up shops were included.  All this was on top of what Paula and her team have to do daily which involves meticulous planning day to day.

How or why do you think your role makes a difference

Having offered my help it soon became apparent just what is involved and its turned into a full time job,  it’s been a real pleasure working with them both Blaine, Mark and now Mel. The cheeky banter we have at sites is great and seeing the joy on the faces on members of staff who say its there best day of the week is so rewarding.

I often also take the van over and see Rob over to The Northamptonshire  Health Charity's Greenheart based at Northampton General Hospital (NGH) to collect any charitable donations which Rob receives and vice versa as we tend to share any donations that we have received at St Mary’s.

All of the items are used in the pop up shops or to put care packages together to distribute to remote sites or simply making up further goodie bags / boxes of donations to remote sites with some 500 having been made thus far all within the Trust. There are eight pop up shops done over the week and on Thursday we replenish stock and put packages together. So far we have received 36 pallets loads of crisps that’s 756 boxes of crisps all delivered to St Mary’s and with more on the way not to mention Easter Eggs.! (But thankfully these are now coming to an end now.)

I will of course continue to help Paula and her team of drivers for as long as I can or while I feel needed. It has been a real pleasure in being able to help give something back for what the NHS has done for this country. Painting and decorating can be done at anytime. But knowing that I’m able to help or assist in whatever capacity I can simply shows that I like everyone who claps on Thursdays evening shows how much appreciated the NHS is. And I’d like to think that I have helped in some way in showing my appreciation to you and all that I have met while helping out. And to  Paula’s Team of drivers who have helped deliver all the extra packages to front line staff and on top of what they have to deliver / collect everyday and every week. 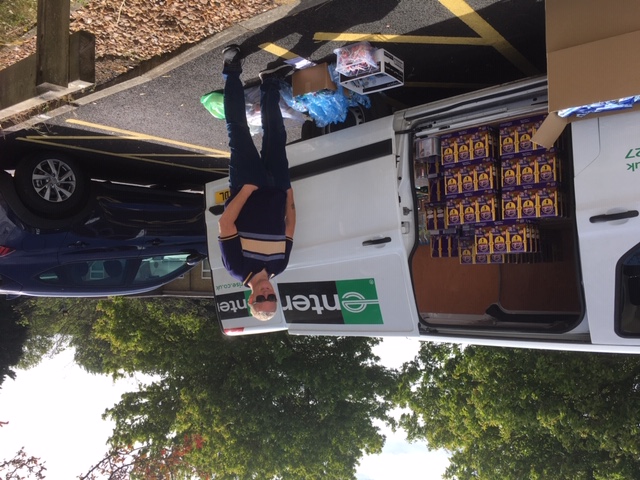 Stay at home if you have coronavirus symptoms

Stay at home if you have either:

You do not need to contact 111 to tell them you're staying at home.

How long to stay at home

If you live with someone who is 70 or over, has a long-term condition, is pregnant or has a weakened immune system, try to find somewhere else for them to stay for 14 days.

If you have to stay at home together, try to keep away from each other as much as possible.

For local support and services give one of our friendly mental health navigators a call, anytime of the day or night: