The Board of Directors is responsible for overseeing the work and services of the Foundation Trust and setting our strategic future. The Board consists of both executive directors (employed directly by the Trust) and non-executive directors (appointed by the Council of Governors).

Please click on a Director below to find a personal profile, highlighting some of their accomplishments, qualifications and other background information. To view an organisational chart of our directors click here. *Denotes members of the Board with voting rights. 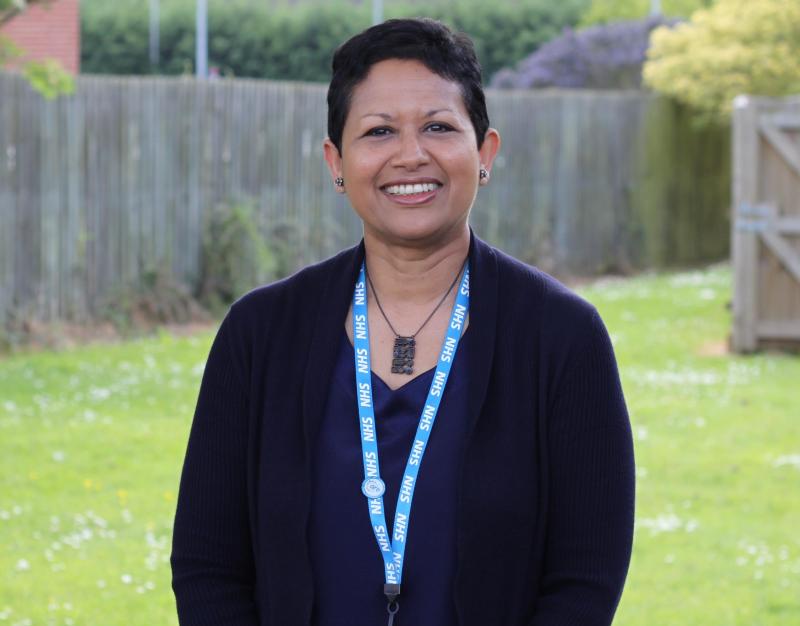 Crishni joined NHFT in 2016 from Coventry and Warwickshire Partnership NHS Trust (CWPT), where she was a Non-executive Director (NED) for over five years. Crishni has significant experience of leadership at senior level, both executive and non-executive. During her role as NED, Crishni was also CWPT Senior Independent Director. Her role supported board members and Governors, to ensure effective working and championing of the Trust's Raising Concerns policy. Crishni has more than twenty years of experience in business, change and HR management. She has a very diverse industry background including healthcare, business services, retail, public sector, logistics and distribution. Crishni set up a consultancy business in 2010 providing consulting and interim management services to clients in public and private sectors. She is currently also the Chair of Warwickshire Wildlife Trust, a charity with a mission to protect local wildlife and wild places.

Maria has held senior positions in national and local health organisations and local government and has over fifteen years’ board level experience of working in the NHS as a commissioner, provider and regulator. Mari 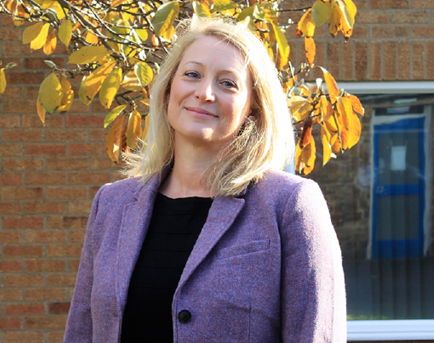 a has a masters degree in Public and Social Administration and a qualified Chartered Secretary. Maria has extensive experience in corporate governance, planning and strategy and has a track record in delivering significant transformation programmes, managing people, budgets and projects. Most recently, Maria was the Executive Lead for System Redesign in the Bedfordshire, Luton and MK Sustainability and Transformation Partnership. Maria is a Member of the Inspiring Futures Through Learning Multi-Academy Trust and Chair of Arts for Health MK.

Nicky started her career by training as a General Nurse in London and then after some extensive traveling went on to work in the Pharmaceutical Industry for 11 years in sales and marketing roles. After 11 years Nicky moved back 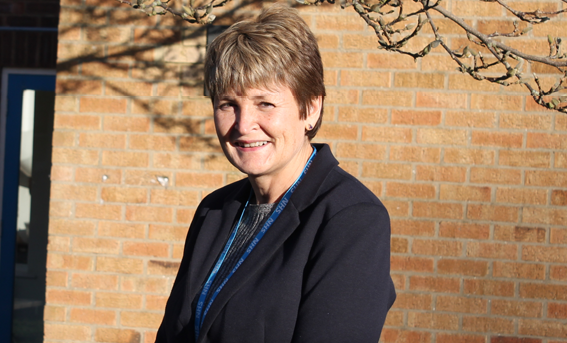 After 10 years she became the COO over a National Company with 22 Hospitals. At the same time she took on a School Governor role for 5 years. Nicky has a focus and a passion for organisational culture based on values and extensive experience in in-patient specialist mental health services. 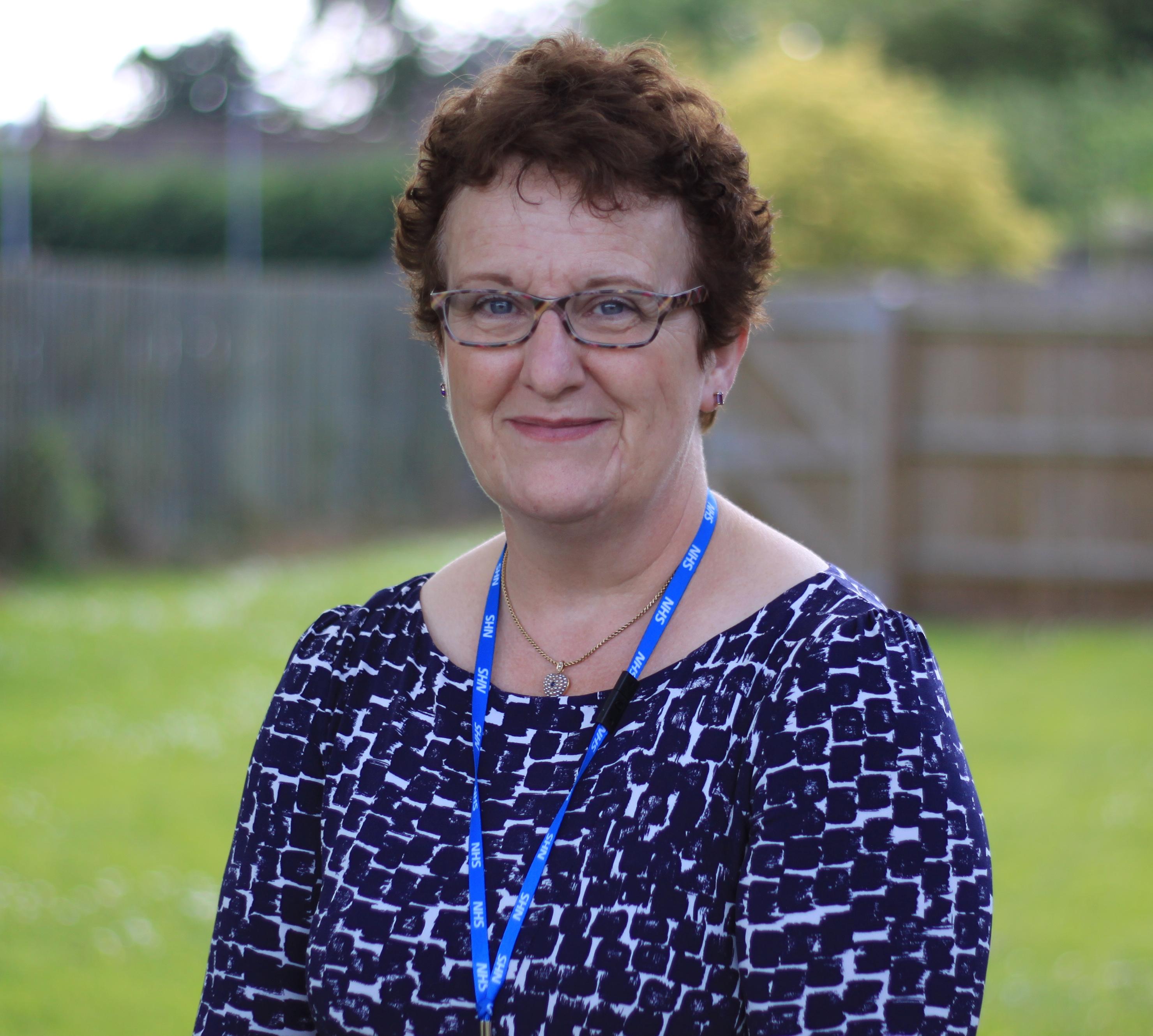 A registered nurse, Moira has worked in several NHS trusts in the south and east of England, specialising in critical, high-dependency care, including the management of a 35-bed respiratory medicine unit. With a Master of Science from Kings College, Moira has held several senior academic roles at the University of Northampton latterly as Dean of the School of Health.  Since leaving in 2016, Moira has worked freelance on curriculum design and is a clinical assessor for the NMC international test of comptetence. She is currently studying for a Doctor of Business Administration in higher education management at the University of Bath. 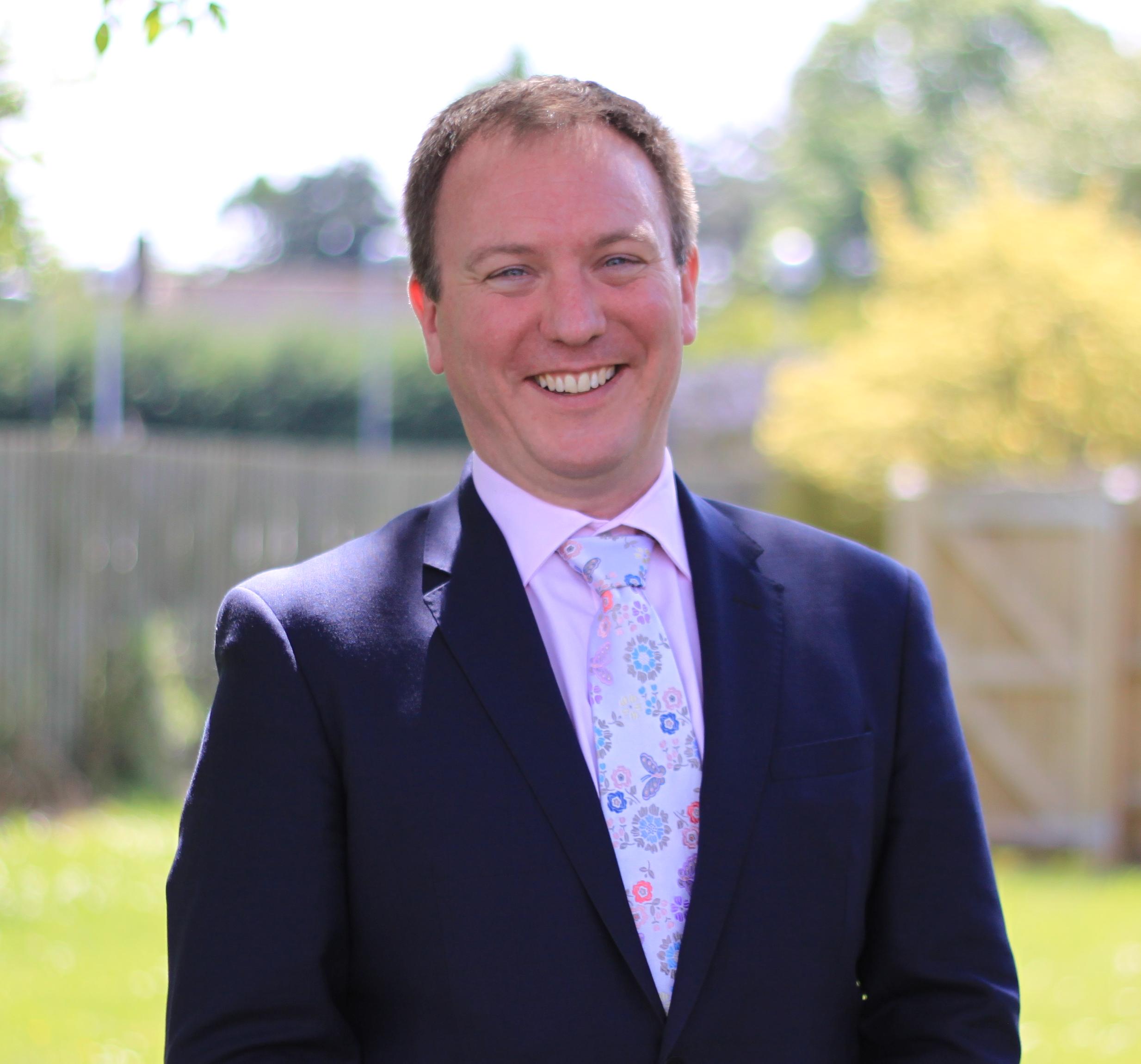 Alastair is currently Investment Director at Innisfree, a leading infrastructure investment group. He has twenty years of project finance and infrastructure experience and has worked in both the public and private sectors for businesses that range from start-ups to large multi-national corporates. He has worked in roles covering audit, financial advisory, equity and debt investment and he currently sits as a magistrate on the Leicestershire and Rutland bench. Alastair is a Fellow of the Institute of Chartered Accountants in England and Wales. 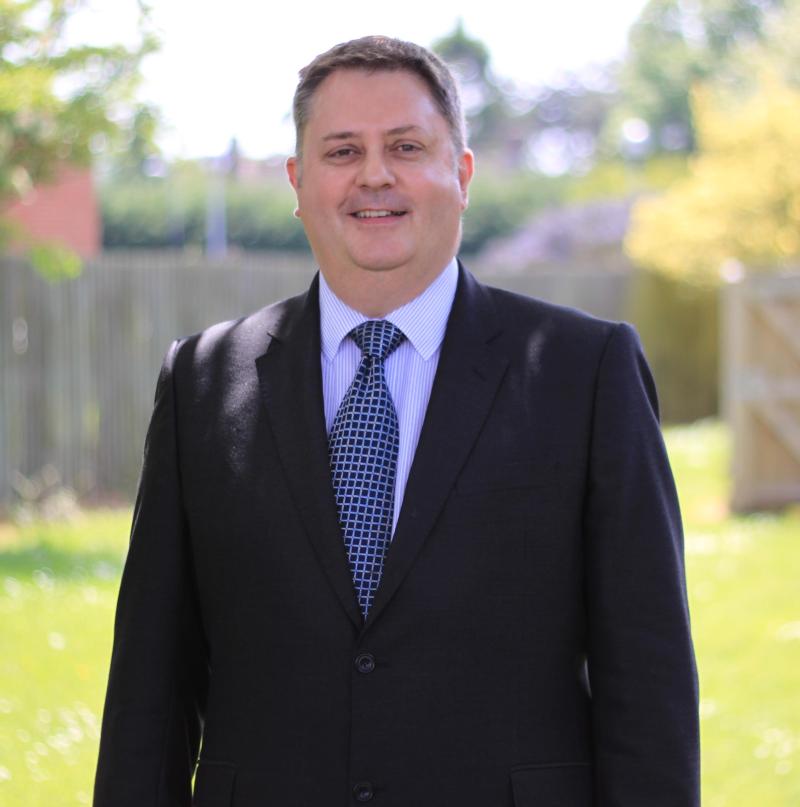 Scott is Director of Integrated Health and Social Care within Major and Public Sector of British Telecom and has responsibility for the definition and investment prioritisation of major and public sector growth strategy.  His role is also aligned to the NHS and local government care providers.  Scott has worked for British Telecom for 19 years at senior managerial and director level and has experience in delivering transformational growth programmes.  Scott has a Master’s degree  in Business Administration.

Melanie has 15 years’ board experience within the Life Sciences and Healthcare Sector, starting with the NHS Logistics Authority and latterly as Global Special Projects Officer at DHL, Global Life Sciences and Healthcare Division.   Having worked as a partner with the NHS for much of her career, Melanie has a wealth of experience in business and service transformation, and an excellent understanding of the challenges and broad strategic direction of the NHS.   Melanie also brings knowledge and high standards of quality assurance and governance levels in regards to CQC standards and audits. 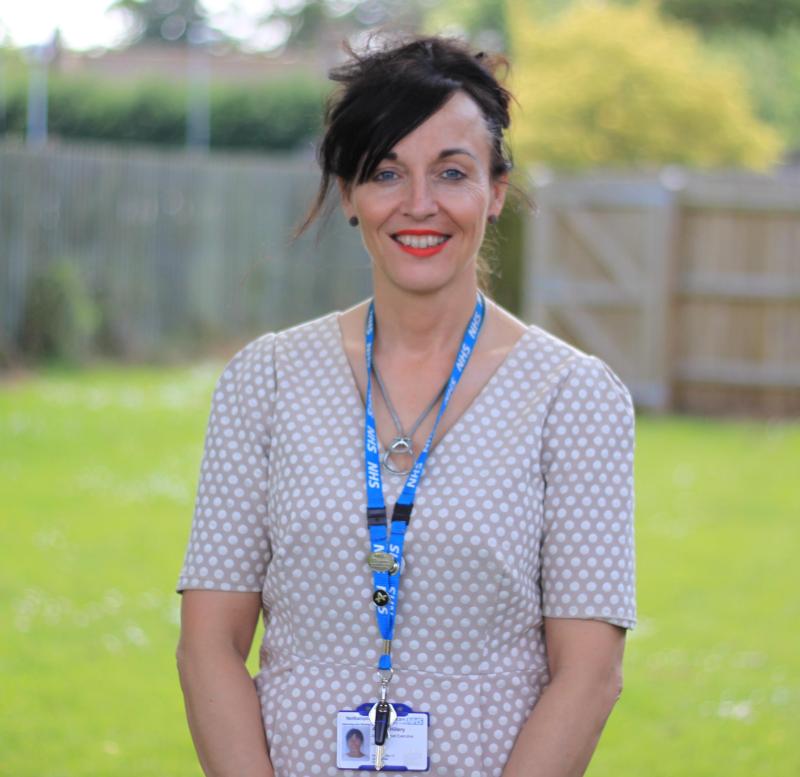 Angela has worked within the NHS for over 30 years and has held a variety of leadership positions during this time, including Director of Operations.

In 2017 & 2018 Angela was listed in the HSJ Top 50 rated CEO’s and in 2015 was a finalist for 'Chief Executive of the Year' at the HSJ Awards. Angela’s ethos is in her commitment to upholding values and developing compassionate cultures for those we for those we care for and work with. Co-production and involvement with patients, service users and carers is a priority at NHFT with many notable projects underway, including the ‘Moving Ahead’ project to deliver equalities in mental health services for BME communities.

In 2018 the Trust achieved an overall rating of Outstanding from the CQC and also won the 2018 HSJ Trust of the Year Award. Angela has a clinical background as a Speech and Language therapist and has served on the National Management Board of the Royal College of Speech and Language Therapy and held a partner role with the Health Professional Council.

In August 2017 Angela took on the lead role for the Northamptonshire Sustainability and Transformation Plan in Northamptonshire Angela is passionate about parity of esteem for Mental Health services and has family experiences that drive her commitment to continual improvements.

In 2019 Angela was appointed Chief Executive of Leicestershire Partnership Trust, in a shared role with NHFT. 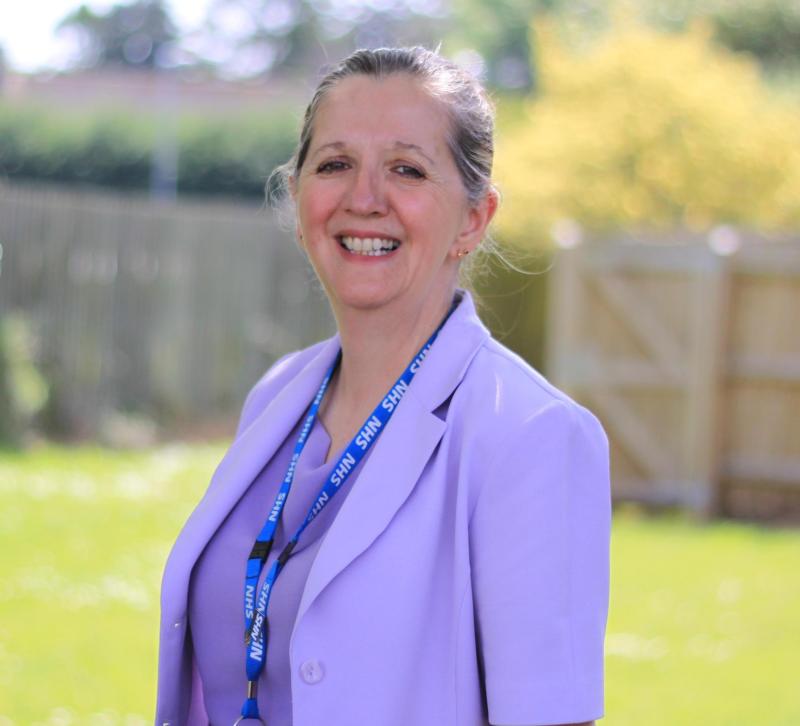 Julie leads by example and has had a nursing career spanning over 35 years, with many years in senior leadership roles and 5 years as Director of Nursing, AHP’s and Quality.  Julie regularly spends time with clinical services to ensure she understands patient/carer needs and staff challenges.  Julie is on the cutting edge of innovation and quality improvement. Through her approach to quality and patient safety, Julie has been instrumental in improving the CQC’s rating of ‘requires improvement’ in 2015 to ‘outstanding in 2018 by working with staff and colleagues at Northamptonshire Healthcare Foundation Trust. Julie is passionate about safe, quality care and has ensured that this has remained at the foundation of all her strategic planning. She has a leadership role as one of the joint Nurses in the Northamptonshire STP (Health Care Partnership) and holds a Master’s degree in managing partnerships in health and social care. During her career Julie has spent a period of time working in social care. . 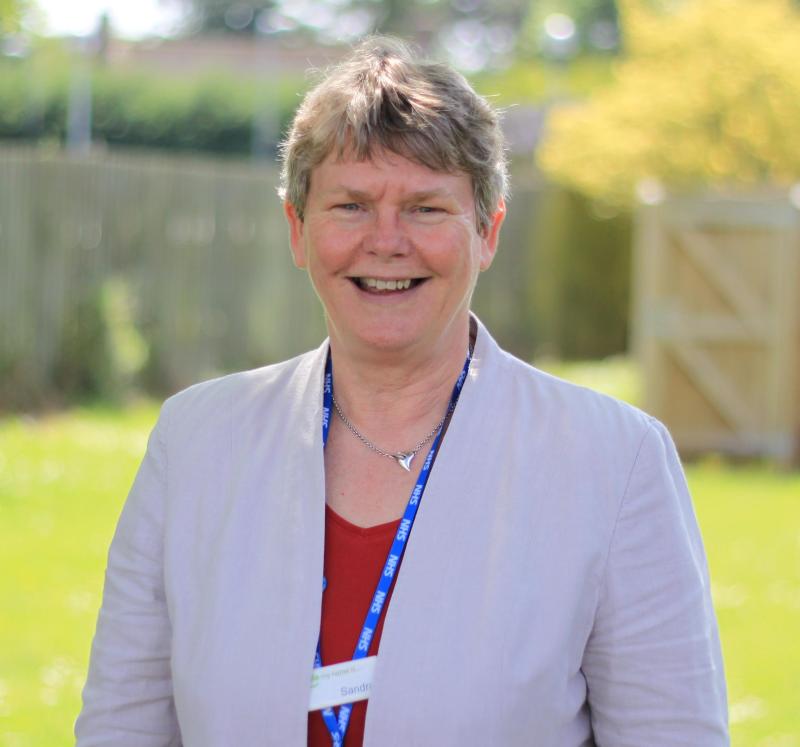 Sandra has a wealth of healthcare experience with a 30-year career in the NHS, 22 of those as a physiotherapist before moving into managerial roles. Previously she was an Associate Director of adult, primary and urgent care at Tower Hamlets PCT, General Manager of Borough and Specialist Services at Bart’s and London NHS Trust. Sandra joined the NHFT in 2012 as locality manager for Kettering. In 2014, Sandra was promoted to Deputy Director of adult services for the trust and in February 2016 assumed the role of Acting Director of Operations. In August 2016, after a recruitment and selection process, Sandra began her role as Chief Operating Officer. 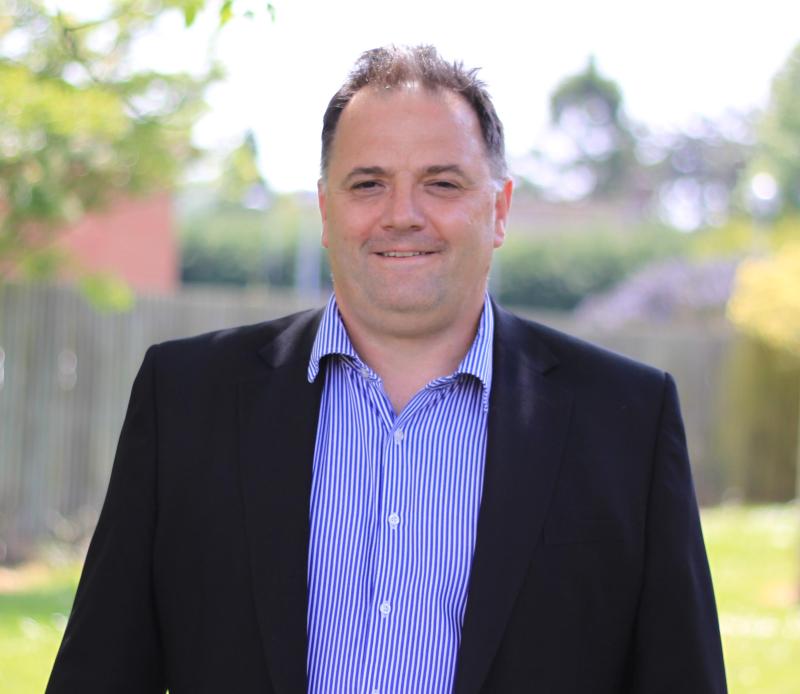 Chris brings with him an abundance of experience within healthcare, both in the NHS and the independent sector. He has been involved in developing high quality human resources (HR) services and leading significant culture change and organisational development (OD). Chris was Director of the Workforce and OD at the Black Country Partnership NHS Foundation Trust and prior to that was the director of HR at St Andrew's Healthcare. Chris is a member of the Chartered Institute of Personnel and Development. He has an MBA from Cass Business School (City University) and recently completed an MSc in Leadership at the University of Birmingham. 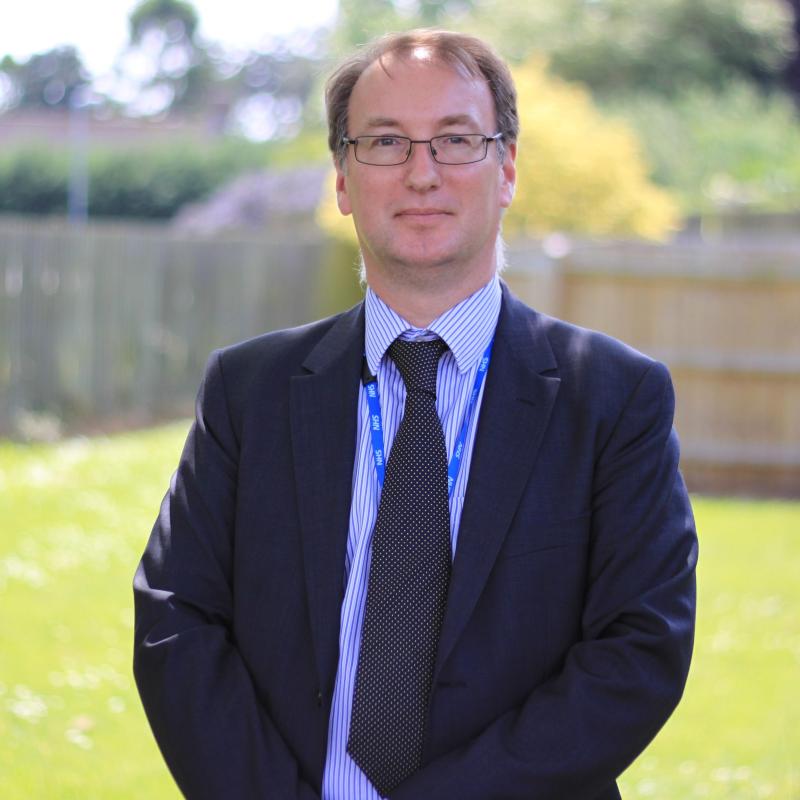 Richard is a Chartered Accountant with 14 years of NHS experience, starting in 2005 as Head of Finance at the Leicestershire, Northamptonshire and Rutland Strategic Health Authority. He was then appointed Deputy Director of Finance at Oxford University Hospitals and prior to joining the Trust was Director of Finance for East Midlands Ambulance Service (EMAS).

Richard has a maths degree and was awarded Healthcare Finance Managers Association (HFMA) Deputy Finance Director of the Year in December 2012. He was Finance Lead for the Northamptonshire Health and Care Partnership (previously known as STP or Sustainability and Transformation Partnership) from July 2016 to December 2018. 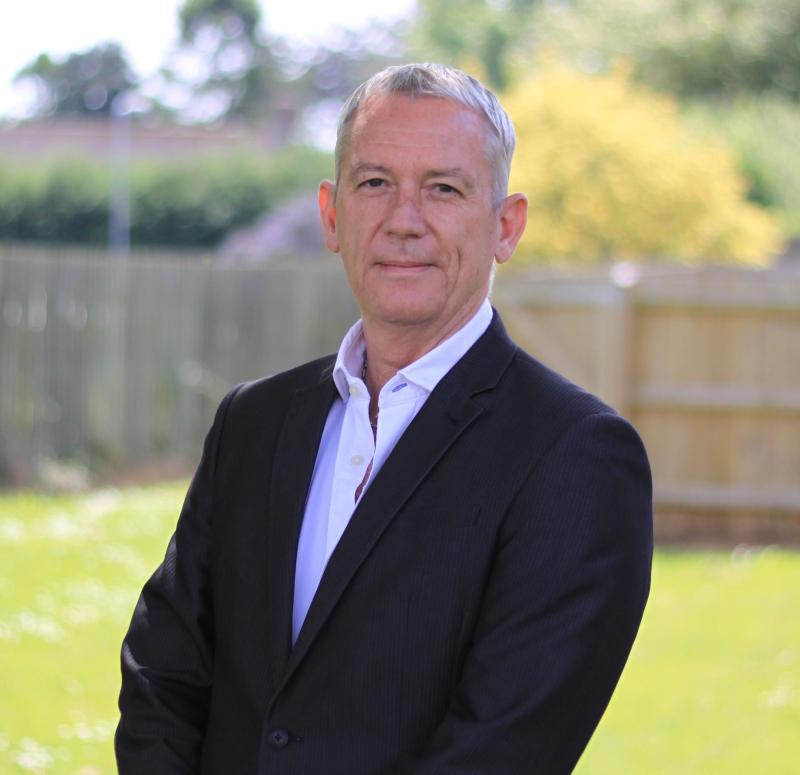 Alex has been medical director for the Trust since 2003 and has 25 years’ experience as a general adult consultant psychiatrist.  He is a Fellow of the Royal College of Psychiatrists and a Fellow of the College of Psychiatry of South Africa.  He is a visiting Professor in Neuromodulation at the University of Northampton.  Alex is the clinical lead for the Northamptonshire Centre for Neuromodulation based at Berrywood Hospital providing: ECT and nurse administered ECT, rTMS, TBS, tDCS and Ketamine infusion.  The Northampton Centre was the first in the NHS to provide clinical rTMS to NHS patients and opened in 2015. It is the only NHS Trust providing these treatment modalities in a single clinical area.

David was a Locality Director for NHS England in the West Midlands. David was responsible for commissioning primary care, dentistry and public health services as well as supporting a number of Sustainability TransformationPartnerships. In addition to his r 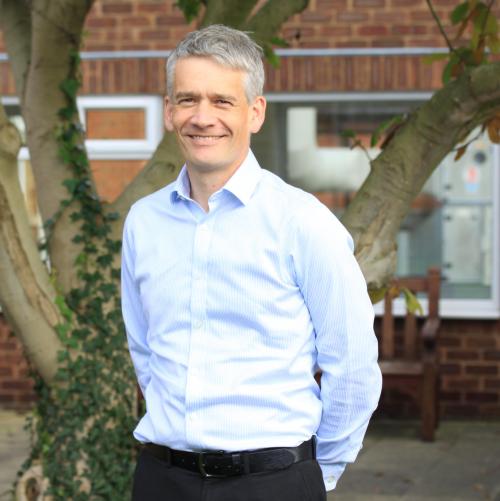 ole within NHS England, David was also the Accountable Emergency Officer for the West Midlands with the responsibility for ensuring the NHS was prepared and able to respond to major incident situations. David has a wealth of education, voluntary sector and healthcare experience as well as experience in partnership working and developing ways to work differently.

Stay at home if you have coronavirus symptoms

Stay at home if you have either:

You do not need to contact 111 to tell them you're staying at home.

How long to stay at home

If you live with someone who is 70 or over, has a long-term condition, is pregnant or has a weakened immune system, try to find somewhere else for them to stay for 14 days.

If you have to stay at home together, try to keep away from each other as much as possible.

The Trust board usually takes place during the last week of the month. Please see the below list for confirmed upcoming dates.

In the light of the current Covid-19 situation and associated Government guidance in relation to social gatherings, we will not be able to accommodate members of the Public at our Board of Directors meeting being held on Thursday 26th March.  Board papers and minutes are available on this website. If any member of the public wishes to have audio (i.e. listen in) access to the meeting then please contact Nikki Hitchcock on nikki.hitchcock@nhft.nhs.uk for further details. Given the logistical arrangements for this meeting, it will not be possible to accommodate questions from members of the Public at the meeting.  We trust members of the Public will understand the need to put in place safe working arrangements for the conduct of the meeting.

Papers for upcoming and previous meetings are available in the document library at the bottom of the page.

For further information about the Board of Directors please contact: